Cornel Campbell (born 23 November 1945 in Kingston, Jamaica) is a reggae singer, best known for his trademark falsetto voice, and his recordings at Studio One in the late 1960s and his later work with Bunny Lee in the 1970s. After 50+ years in music he is still top of his game and we have pleasure in welcoming him back to One Love Festival 2014

Cornel has one of the sweetest falsettos of any Jamaican vocalist and uses it often to convey frustration, soul or despair. His first name was mistakenly spelled with two L’s on a record and he’s had to live with people misspelling his name ever since. He prefers the correct spelling: Cornel Campbell[citation needed. Cornel’s singing career began in his local church choir. At age eleven, in 1956, he was introduced to trombonist Rico Rodriguez, who took him to Clement Dodd’s studio, where he recorded his first single, “My Treasure”.Further singles followed as Jamaican music transformed from rhythm and blues to ska, with backing from The Skatalites. He later recorded for King Edwards backed by The Bell Stars, before moving on again to Duke Reid’s Treasure Isle, where he formed The Sensations along with Jimmy Riley, Buster Riley, and Aaron Davis. When The Sensations split, Campbell emerged as leader of his own new vocal group, The Eternals, with Ken Price and Errol Wisdom, recording perennial favourites such as “Queen of The Minstrels” and “Stars”. He was also briefly a member of The Uniques in the 1960s, although he may not have contributed to any recordings by the group at that time. 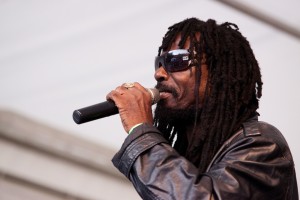 In 1971, now as a solo artist, he began a long association with Bunny Lee, initially working in the lovers rock genre, but soon working more roots songs into his repertoire. His self-titled debut album appeared in 1973, but his popularity peaked in the mid 1970s with the ‘flying hi-hat’ sound (played by drummer Santa Davis), leading to major Jamaican hits “Natty Dread In A Greenwich Farm”, “Dance In A Greenwich Farm”, “Stars” and “The Gorgon”. He later enjoyed a huge hit in the early 80’s rub-a-dub era with “Boxing” for Joe Gibbs. Throughout the 1970s he also recorded with other record producers such as Winston Holness (“I Heart Is Clean”) and Winston Riley (“Them A Bad”).By the late 1970s, Campbell’s popularity had begun to wane and he increasingly concentrated on love songs, and after the mid 1980s, new recordings were less common, although he has maintained a strong following.

The Uniques were revived in the late 1970s, with Campbell joining Jimmy Riley and Lloyd Charmers in the group. This line-up recorded the Showcase vol. 1 album, and Campbell and Riley recorded the Give Thanks album in 1979. The group was again revived in 1997, with a line-up of Riley, Cornell Campbell, and Al Campbell, the group recording a self-titled album.
In 2005 “King In My Empire”, featuring Cornell Campbell, was released by Rhythm & Sound. The song was produced by Moritz Von Oswald and Mark Ernestus.

Towards the end of the ’80s and in the ’90s Cornell was less prolific, but still carried on producing singles, such as “Hell In A Yard” for King Tubby’s Firehouse label (with the Jays). Towards the end of the 80s he took a few years off to concentrate on his family’s farm, though he recorded sporadically.

Today, after 50 years in music, he still finds time to get into the studio and play gigs to fans.