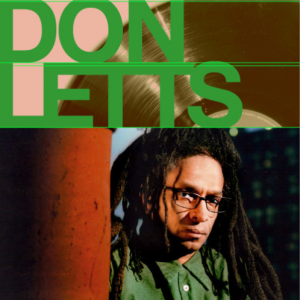 Don Letts showed Bob Marley round London, inspired The Clash and was mentored by Malcolm McLaren.

Don Letts (born 10 January 1956) is a British film director and musician. He is credited as the man who through his DJing at clubs such as The Roxy brought together punk and reggae music

Letts was born in London, and educated at Tenison’s School in Kennington. In 1975, Letts ran the trendy London clothing store Acme Attractions selling, “electric-blue zoot suits and jukeboxes, and pumping dub reggae all day long.”[2] Letts was deeply inspired by the music coming from his parents’ homeland Jamaica, in particular Bob Marley. After seeing one of Marley’s gigs at the Odeon in Hammersmith (June 1976) he was able to sneak into the hotel and spent the night talking to and befriending Marley. 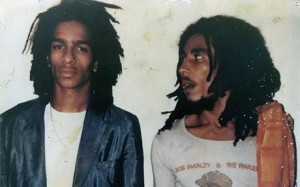 By the mid 1970s Acme had quite a scene attracting all the like of The Clash, The Sex Pistols, Chrissie Hynde, Patti Smith, Deborah Harry and Bob Marley.

Seeing the crowd at Acme, the then promoter Andy Czezowski started up the Roxy, a London nightclub during the original outbreak of punk in England, so that people could go from the store and have some place to party. As most bands of that era had yet to be recorded, there were limited punk rock records to be played. Instead, Letts included many dub and reggae records in his sets, and is credited with introducing those sounds to the London punk scene, which was to influence The Clash and other bands. As a tribute, he is pictured on the cover of the EP Black Market Clash and the compilation Super Black Market Clash. He was able to use the fame and money from DJing and the Acme story to make his first film, The Punk Rock Movie (1978). 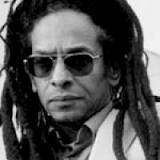 Letts quit the retail business to manage the band, The Slits. He was able to get the Slits to open for The Clash during the White Riot tour. While on the White Riot tour he decided that management was not for him, but continued to shoot material for The Punk Rock Movie.[4]
Letts went to Jamaica for the first time when, after the Sex Pistols broke up, Johnny Rotten decided to escape the media frenzy by going with Richard Branson to Jamaica. It was on this trip that Branson was inspired to start up Virgin’s Frontline reggae record label. 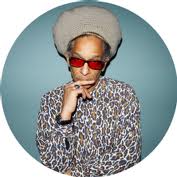 Planting the seeds of the highly influential Rock Against Racism movement. Since those days, Don has moved through an interesting landscape. He was a founding member of Big Audio Dynamite and is a highly regarded Grammy award winning film-maker (his productions include The Clash’s Westway To The World documentary and – remember this? – the video to Musical Youth’s Pass The Dutchie). More recently, Don has his own show ‘Culture Clash Radio’ on wonderful 6Music. He continues to DJ nationally and internationally with a set that encompasses the history and legacy of Jamaican bass culture. He remains the foremost expert on the punk/reggae crossover and continues to inspire a whole new generation with his bass heavy sets.