Dub The Earth have had various line ups and evolutionary projects (R.D.F. Revolutionary Dub Warriors and Seventh Sense to name a small collection) over the years, all of which have made an equally significant contribution to the “left field’ of conscious raising and political awareness through the power of words and music. 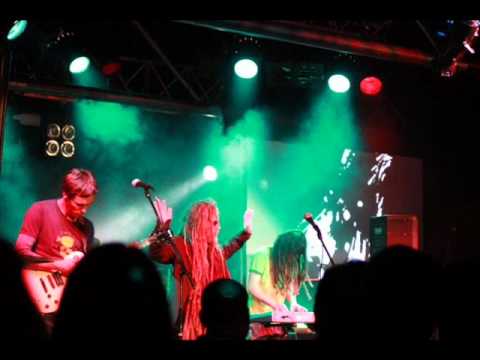 Dub the Earth formed way back in 1988 after the singer (Ital Malk) and drummer (Didi) left the previous band “Touch the Earth”. The Original Dub the Earth line up included band members Fred (Bass) Luap (Keyboard) Dion (Guitar) Austin (Guitar) with the addition of Lynn taking over on Drums. Also on occasions Jim was found on percussion.

At this time the band rehearsed regularly at what was called the dairy (rehearsal room) alongside the likes of Pressure, Kaya cooperative, chocolate teapot and Military surplus RDF. Later The Revolutionary dub warriors and the many bands of the Jah Works stable also appeared from this group of musicians.

After nearly a year of well received gigs mainly around the Reading area, the band went through its first big metamorphosis with Fred & Luap leaving to become full time members of RDF. Soon after, Steve Swann and Richard Patterson travelled the other way, from Military Surplus RDF joining DTE. At this time Austin moved and Jim also went his own way. The band also acquired two female singers, Karen & Chris, for a short period.

The band had by this time recorded ‘No Barriers’ at the Refuge in Reading; this track can be found on the One Foundation LP released on the Jah Works label. Other less known recordings are ‘Cry out’ (Cassette only) also recorded at the Refuge which featured Chris Bowsher (RDF) and ‘live at Newbury College Christmas 1990’. (Both of these masters were stolen so only 50 copies of each were ever made.)

Between 1990 & 2000 the band had to face other transitions due to a number of reasons, including the ever increasing success of The Revolutionary Dub Warriors, which meant the band, lost both Richard (Keyboard) & Steve who both were original founding members of the Warriors.

The 90’s saw DTE gigging at most of the larger free festivals and the line up remained the same with the addition of Giles on Keys before Emma came along and took on this roll. Dan had joined playing guitar and Dion moved from Guitar across to bass. The band found a full time percussion member in Rick though later Paul took on this roll until he moved over to The Revolutionary dub warriors. Other people joined the band for a time, some on short but regular bases, and others like Steve when they were available. (Ital Malc, Marcus, Darren, Christian, Jon, Phil, Karen, Chris, Harry & Steve Swann) 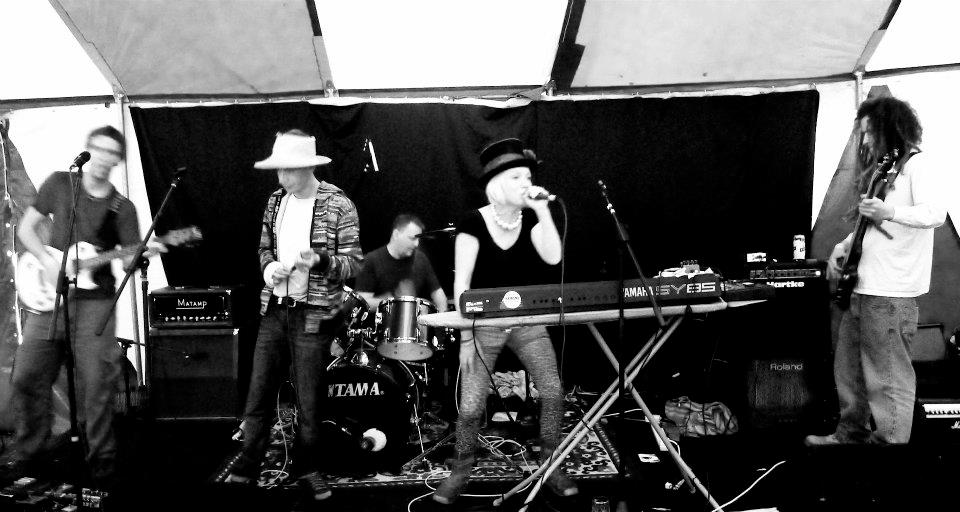 Recorded music is rare in this time, cassettes can be found of a number of live gig’s and there was a studio recording made at the rising sun studio in Reading (Master among the items stolen).

In the late 90’s a studio recording of about 8 tracks were recorded at Sound about Studio Newbury with the well known music producer Martin Rushent (http://en.wikipedia.org/wiki/Martin_Rushent). The Studio closed down before the project was finished and only a couple of rough mixes done by Martin exist. The recordings are also special as it features Roy Apps on Guitar; for the pure reason he loved our music (he even gigged with the band for a number of months) Roy played with Heron and worked with GT Moore and for those older enough to remember was Rory the Blue lion in Animal Krackers.

The only other Two notable recordings are a recording of a live gig while the band was backing Benjamin Zephaniah on an anti hunt league tour (again the Master was among the Items stolen). The other was a recording of two tracks recorded at Jah works Studio and mixed by Jah Rej.

2000 saw the return of Steve Swann as a full time member, accompanying him on his vocals, Emma had added a little singing to her Keyboard roll. By 2007 Matty (Steve Swanns Son) had become a second Keyboard player and Jamie had taken on the roll of percussionist.

The band played a number of memorable gigs over the following four years, including ‘Back to your roots’ at the Beacon in Bletchley, ‘Urban Mischief’ at Oxford Brookes, a long side Jah Works and Zion Train. As well as performing at many festivals around the country. We enjoyed having a number of guests, including the return of Rick for a one off gig at the Sugarhill festival and Katie singing the roll of her mother, who was once a band member (Karen) at ‘Urban Mischief’. Paul rejoined the band for the Oxford Brookes gig and has continued as a band member.

‘Raving for the Underdog’ tracks were recorded in 2010 and this was the start of another massive band shake up. Dion left the band and his roll of bass player was taken on by Steve plus Sam had his first appearance Mc’ing and rapping.

Suddenly on April 1st 2011 the sad and untimely death of our friend Steve over took us. We will never be able to replace Steve in the band or in our hearts, and the band will never be the same. We were proud to allow Matty to take on his dad’s roll as band bass player, a position he fulfilled until the summer of 2013. Matty was also becoming well known as the bass player to RDF, continuing the connection between these two bands. We introduced Louis as the bass player after Matty departed, which now brings us up to date.

After the Death of Steve the band wondered what the future would hold but were delighted to find 2013 one of the busiest years for a long time.