Foundation Sound International (aka FSI) was formed in 1994…….

The current members are the owner and main selector Jason Badchkam aka Father Chopper, alongside mic man Beanie Dan, selector Gee One, sound technician Owen Banton and newly appointed manager Lady AnnMarie. Father Chopper originally started the sound as ‘Foundation Crew’ with original members such as Beanie Dan, Shoota and Sweet Degree. Some now have departed to pursue new projects but with their continued support of the Sound. As the sound expanded, and had grown to build up its name especially in its Home town of East London, where this sound originates from. It was then in 2005 to change from its current name to ‘Foundation Sound International. 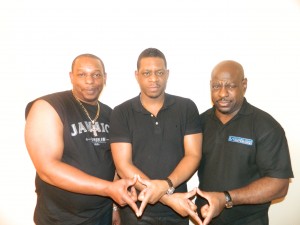 The sound in the late 90’s was recognised for its presence in house parties and in the early millennium was most famous for its monthly event known as ‘PEACHES & CREAM DIP’ at the trendy, but no longer Earls Wine Bar. Revellers would rave and speak highly of Foundation’s ability on how they would “please the crowd” with music genres such as; Reggae, Dancehall, Soul, Slow Jams, Revival, Rare Groove, Soca, Drum & Base, Jungle, Garage, Party Classic…. You name it; Foundation was there to play it & also with the finest selection of dubplates. 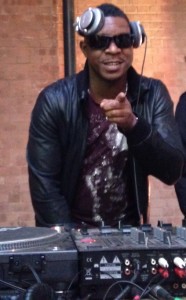 Whilst continuing to play out at various clubs and venues, Foundation still chooses to play for those of a private and more intimate functions such as; weddings, birthdays and christenings. Foundation sound prides themselves as family men and continues to receive the support from friends and family. Foundation has always been strong believers of community spirit. They have played yearly at what was Ive Farm family fun day provided by Waltham Forest council.

As Foundation is a young sound but very ambitious they continue to take on new challenges and in September 2007 they went to Holland to meet their counterpart in a Lion Rock promotion. It was a juggling vibe session with Emperor D.T, Foundation Sound from the UK alongside Foundation Sound from Netherlands. It didn’t just end there, as Foundation Sound found a new string to their bow and a new dimension to venture into the reggae arena, where they would continue on their journey.

As the owner, Chopper wanted to bring to the UK awareness and in October 2008 co-promoted a new arena of sound clash to hit the UK called “BRING YOUR TUNES & DEFEND YOUR SOUND”.

This gave up and coming sounds the opportunity to voice there sound system & gain recognition for them self. This became a success with many sounds entering, with the first clash being Foundation Sound vs. JNR International. So in 2010 BYT&DYS brought a Legends Edition where Foundation Sound came up against Fatman Sound and Saxon Sound [BYT&DYS – FSI vs. FatMan vs. Saxon 28.2.10]. It was an achievement night for Foundation Sound to be playing 2 legendary sounds.

In true Foundation style they began to create awareness in Europe and in September 2010 brought Saxon sound to Sweden at the Kagelbanan to present the art of juggling from the UK. Whilst the continued success of BYT&DYS grew, so did Foundation sound playing up against and juggling with sounds such as GI Roadshow & King Tubbys in July 2010 ‘To the Foundation’ and in March 2011 with Nasty Rockers and Youthman Promotion. Not forgetting the original revellers and supporters of foundation a coach trip for a big people dance in May 2011 was organised and also Foundation ventured into a few comedy roadshows with the ‘Real Deal Comedy Jam’ up and down the country.

In 2012, Foundation Sound entered in the January 2012 ‘Art of Juggling’, with a line-up of sounds such as; Natural affair, Platinum Cartel, Sovereign Roadshow, Music Master & Renegade, where Foundation was the winners of the night. In March 2012, Foundation was selected and did a monthly event with More Fire promotion in ‘More Fire Reggae Dub’ at The Acttic Hackney Picture House, which featured sounds like; Vital Sound, Section Sound, Clubb Rock, in a rub-a-dub session. 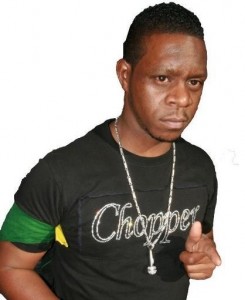 Foundation was invited in April 2013 to ‘Warring Sunday’ to be tested by King Tubbys & Renegade Sound [WARING SUNDAYS- FSI vs. King Tubbys vs. Renegade] and in May AV Promotion asked Foundation to string up their sound system to play alongside Qualitex Sound, Nasty Rockers & Mafia Love Sound. With the increasing awareness by other sounds, Foundation Sound owner Father Chopper was invited down to Mikey Notch Show on RJR radio, to do an interview [FSI – RJR interview] on the history of Foundation and our presence in the global industry of Reggae Music. In October 2013 in a ‘45 Shop Lock’ Foundation went to Birmingham to participate in a clash against Luv Injection [FSI vs. Luv Injection].

In 2014, it was decided that Foundation would take a year to spend with

family, travel and whilst still remaining pioneers in the community. Foundation Sound started a community project with Hackney council, to bring a family fun day to Kings Park, Daubeney Fields in June 2014. As Foundation continues to bring new ideas, November they brought over Forward March Posse from the Czech Republic to bring East London for a night called ‘Musical LinkUp’ and each month Foundation bring a different sound for a night of juggling and entertainment for the people.

As Foundation is an active sound, their journey continues and no doubt there will be much more to come.