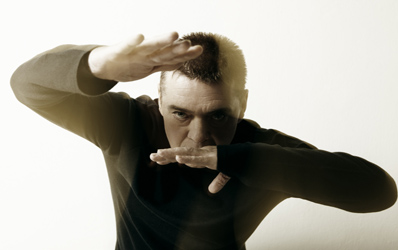 The arrival of Gary Clail at the On-U Sound stable brought with it the emergence of a previously undreamed raggamuffin tendency. Gary had come in from Bristol as an acquaintance of Mark Stewart, also zooming in on the West Country ley lines was poet and wordsmith Andy Fairley,

During the mid to late eighties Gary Clail became a regular warm-up for all types of On-U gigs – with his “On-U Sound in the Area!!!!” crowd calls This came both as a welcome relief for devotees of On-U Sound and also as an unexpected bonus. The relief was occasioned by Gary as DJ / MC / chanter / warm-up man as against the tedium of the in-house DJ who usually fumbled through an inappropriate set prior to the band, or worse still, and this was quite common at On-U gigs, some periods of meditative silence! The real impact of Gary was to introduce and roadtest new On-U rhythms and tunes, and also to re-version old favourites. As he usually lived in the studio when he was not on the road, Gary lifted X amount of cassettes of Sherwood mixes which otherwise would have been destined for an early tape wipe.

Gary’s actual appearance on TOTP, together with the wonderfully over the top Alan Pillay, when “Human Nature” became a number 10 UK chart position (by far the highest placing for an On-U act in its own right), albeit with the original Billy Graham sample removed after threat of legal action.

Over instrumental backdrops that alternate between reggae (courtesy of Dub Syndicate) and funk (courtesy of various members of Tackhead), Clail intones stentorian pronouncements on such topics as social justice (“Food Clothes andShelter”), domestic abuse (“The Emotional Hooligan”) and vegetarianism (“Beef”). And then there’s the music itself, which, coming as it does from Dub Syndicate and Tackhead, kicks major butt. 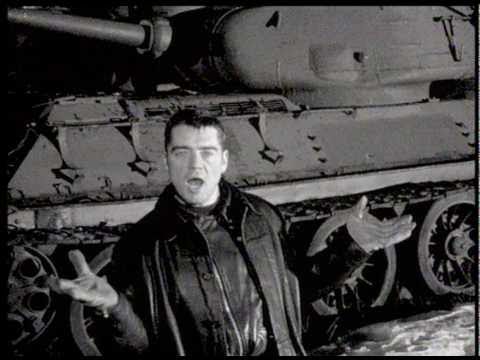 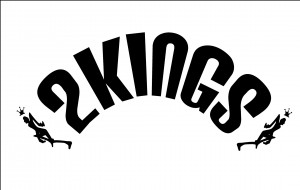 2 Kings Records Sound System
DJ / Exec Producer Andy Scholes
Live Roots Vocals : Authentic Production Style : Heavyweight Dance Music
2 Kings Records established in 1990, will be touring their Live PA “Sound System” act across the UK during 2015 entertaining a mixed audience that ranges from conscious-music-loving roots fans to anyone following the wide diversity of dub-inspired heavyweight dance forms.
With a sound built on over 25 years of recording and remixing experience on the Bristol music scene, 2 Kings continue to pioneer the UK roots sound whilst tapping into the thriving, new dub-influenced forms. 2015 will see the release of Henry & Louis’ fourth album (following Rudiments, Time Will Tell, & Increments) alongside single releases of their various stable artists, Their vault of roots vocals still inspires remixes by giants of the Dubstep scene: RSD (Rob Smith – and Pinch (PunchDrunk legend) plus a host of up-and-coming dubstep producers.

The live format is an onstage mixing desk with decks and effects, plus mics for vocalists and MCs. Audiences can expect the soaring vocal talents of artists like Peter Culture/Mc Redz to provide the perfect live complement to 2 Kings bass-heavy production sound. Andy Scholes offers his DJ-ing skills as a new dub and revival roots maestro to book-end the live set – playing unique dub plate specials, hard-to-find roots classics and the latest exclusive cuts from many of the UK’s underground roots studios.

The live show uses a formula polished during a series of well-received dates during 2014, including the Glastonbury Blues Stage. (hosted by Mungo s Hi Fi) One Love Sound Fest, and gigs in Geneva,with OBF and dates with Blood And Fire, and Don Letts.