iLLBiLLY HiTEC is a Berlin based band that mixes reggae and electronics, blending influences of dub, breakbeat, hiphop and jungle. Live drums, electronic sounds, heavy offbeats and selected samples chosen from reggae classics team up with live vocals, to create a one of it´s kind performance. Their first EP “BadBoyBass”, a few vinyl releases and growing feedback on their concerts in Europe, Asia and Mexico, made iLLBiLLY HiTEC become the most interesting newcomer of it´s genre. 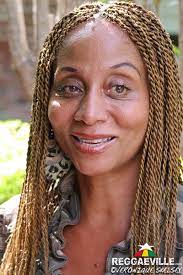 Berlin based collective, that is out to put the rootsy vibe back into modern productions, blending influences of dub, cumbia, bass music, hiphop and jungle into a very own style of reggae.
Live they team up with MCs and guest musicians, to fuse the raw energy of a traditional band performance, with the flow, excitement and hype of a DJ set.

Various single releases, the first album „Reggaetronics“ and growing feedback on hundreds of club and festival shows in Europe, Asia and Latin America, made iLLBiLLY HiTEC become one of the most exciting newcomers of it´s genre.
With the release of the second album „Reggae Not Dead“, they again show musical versatility and add an even wider range of flavors to their top level live performances.

With a mission to bring the rootsy vibes back into modern productions, iLLBiLLY HiTEC blends the sounds of dub, cumbia, bass music, hip hop and jungle into their very own sty