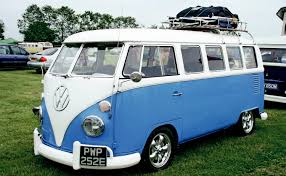 Originally set up 1975, Jah Youth Sound system is today one of the top roots sound systems in the United Kingdom and Europe. Although based in the UK, they have traveled extensively throughout Europe and Africa taking a conscious and cultural reggae music to the youths. The sound has a minimum crew of 10 persons among them there are singers D.J,s operators and selectors.

You have also probably heard their D.J’s Culture Marvellous & Prince Liv-I-Jah chat lyrical consciousness, Ras Echo sing angelic tones and melodies for Rastafari. Bro. Bud the flag bearer. Brother Locks-Lee Selects all your favourite reggae tunes from yesteryear to today, and Jah Youth operate and mix around riddims to create that extra special atmosphere.
You will have seen their clean customised, red painted boxes standing strong, tall and upright, piled high in the dancehalls and bellowing out those black experience sounds of Rastafari Roots and Culture.

Jah Youth Sound have toured internationally with famous artists such as Dr. Aliman-Tado, Burning Spear, Augustus Pablo, Gregory Isaacs, and Third World, and have played alongside all the top UK roots sound systems including Jah Shaka, Fatman, Quaker City and Moambassa – to mention a few- AND more recently, the new wave of digital dub sounds!

However, over the years most of the sound systems the world-over seem to be struggling to remain true to the Roots of Reggae music culture and have chang

ed with these trendy ‘times’.

This is not so with Jah Youth they have maintained that core element of Roots Music and Reggae Culture, and it is probably this that you have found so attractive, Inspiring and captivatingly good!

WHY ARE THEY CALLED ‘ROOTS AMBASSADORS’?

In 1987 Jah Youth Sound had a calling to Africa. As they headed for Kenya it would soon became evident they would have to fly in the whole Sound System and before long the were playing music in city halls from Kenya to Zimbabwe to Ghana.
Their success was such that they were named “Roots Ambassadors” a name that has stuck with them ever since.

In 1992 when they returned to the U.K. It was half of the sound system that came back. The other half was left with a group of native Kenyan youths called Jah Youth Crew, adopted by Jah Youth during their time there. They continued to maintain that root of reggae culture and preserve that works set up there.