NEREUS JOSEPH was born on the 12th May 1962 in St. Lucia to a musical family; His parents were both singers, mother sang harmonics in a band with her six sisters and his uncles are the famous calypso band from his native land called THE MERRY MAKERS. At the age of 7 years NEREUS and older brother arrived to the UK to settle in the East End with his parents who had arrived a few years previously. The climate and culture shock took some adjusting to as he could not even get on with the food let alone find much music to listen to but that was all smoothed over with gifts of LP’s from his cousin who supplied him with the latest songs by DENNIS BROWN, MIGHTY DIAMONDS and such like. 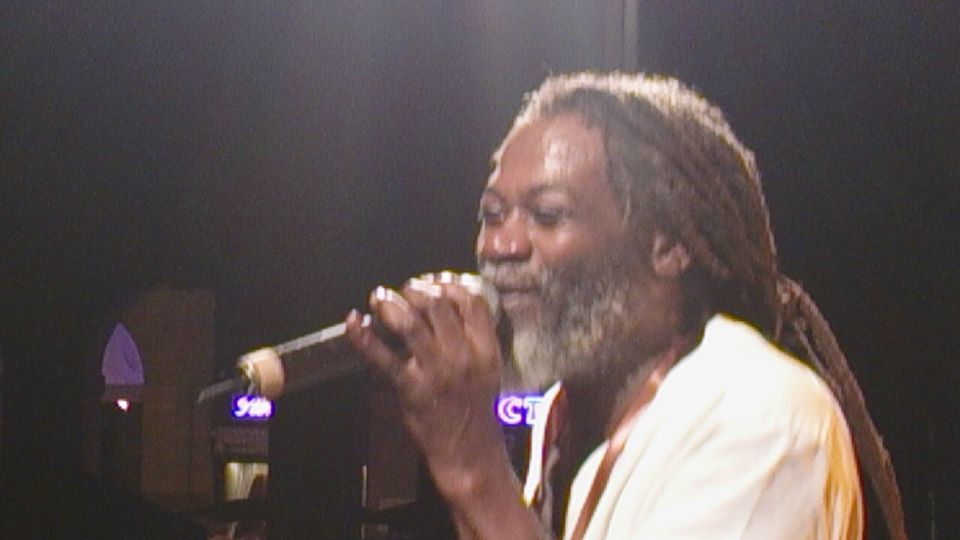 At the tender age of 18 years surrounded with the heavy influence of reggae music in the street of London, NEREUS formed his first band called THE COPTIC ROOTS BAND and as the lead singer emerged onto the UK Reggae Scene in 1979 with the single ‘ROOTS & CULTURE’ on the OXYMITE RECORDS label. This led him to his first number one hit ‘SENSI CRISIS’ followed by ‘SPECIAL LADY’ which firmly established him in the Reggae Foundation. After a few years of touring with the band NEREUS signed with the South London based FASHION RECORDS label and released his debut album ‘LOVES GOTTA TAKE IT’S TIME’ which also included the ‘MOVE ON UP’ and SENSI CRISIS singles. He subsequently recorded two more albums for FASHION RECORDS called ‘YOURS TO KEEP’ and ‘GUIDANCE’ which still many years later continue to contribute to the UK Reggae Industry.

During the late 80’s, NEREUS opened his horizons, touring the world with various Top Acts like DENNIS BROWN, CHAKA DEMUS & PLIERS and BUNNY WAILER and sang BOB MARLEY songs for KENCO COFFEE – ‘STIR IT UP’ and RIGHT GUARD – ‘THREE LITTLE BIRDS’ Advertisements for television. NEREUS then took a well deserved break from his hectic work life and went back home to St Lucia where he toured his native land with both veterans and made links with up and coming artists like RICKY-D, never leaving the music far behind. At this time NEREUS recorded for ORIGINAL RECORDS and SAXON RECORDS plus a whole lot of other sounds which have help to maintain his name within the reggae circles.

NEREUS with his years of experience decided to set up his own record label called SIRIUS RECORDS in 1995 and by the end of the millennium he had returned to St Lucia, recruiting RICKY-D which led to the hit album ‘LIVING IN LOVE’ which included the tracks ‘REVOLUTION’, ‘LILLY OF 10,000’ and ‘INFLUANCE OF SLAVERY’. ‘LIVING IN LOVE’ was released in the Caribbean and was a major hit.

In 1996, NEREUS collaborated with the reggae group PASSION on the ‘SHARE YOUR LOVE(NO DIGGITTY)’ for the CHARM RECORD label and NEREUS JOSEPH became known to the wider Music Industry. He also worked with TENOR FLY on the ‘SUNSHINE’ and ‘WHAT’S THE NAME OF SOUND’ and ‘MY GIRL’ singles.

March 1997 and in collaboration with the hottest producers and musicians on the CHARM RECORD label, NEREUS unleashed his eagerly awaited ‘REJOICE’ LP taking the media and general public by storm which smoothly took him to SAXON RECORDS and ROUGH CUT RECORDS, which led to the ‘HOPE, FAITH & LOVE’ album.

NEREUS has spent the last few years working with various projects with young people as well as the veterans within The World Of Reggae from singers to musicians to some of the best producers on the block like DUB JUDAH, WAZAIR, KING LORENZO, AFRICAN SIMBA, DONAVON KING J, WAYNE LYRICS, CD RANKS, CHRIS PECKINGS to name but a few…

NEREUS recently produced LOVELLA ELLIS’ new album ‘VERSATILE’ which was launch in April at the Jazz Cafe, London. NEREUS and LOVELLA collaborated on CIYO BROWN’s classic ‘COME OUT TO PLAY’ which is reached No 2 in the British Reggae Charts.

Currently NEREUS is managed by Ami Jagdev and celebrated his 51st Birthday at the “Guidance Earthstrong Dance” on the 25th May headlined by the one and only PINCHERS and is working on his new album which should be released in the autumn.

“THINGS IN LIFE” is the first of NEREUS’ tracks from the new album “Yah So Mi Deh” which will be released in the near future. 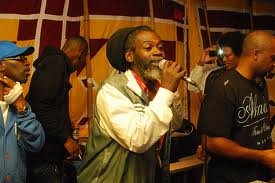