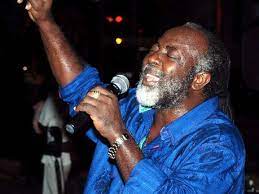 Yoha and the Dragon Tribe

Who am I ? A man passionate about music and musician since the age of 4 when I entered the music school to learn drums. Self-taught, I started playing the piano at the age of 8 years. I grew up in the middle of musical instruments, there have always been many musicians at home. My father influenced me a lot, he’s been a musician for over 40 years, he’s a real bluesman. My mother can not live without listening to music. It is also she who gave me my first albums. When she bought me Bob Marley’s Natural Mystic, it was a revelation for me. Since then, the Wailers have played a big part of my musical education, as have Stevie Wonder, Bill Withers, The Temptations, Michael Jackson and many others. I have evolved into a universe governed by reggae, blues and soul.

When I was 9, I joined a jazz band as a drummer for a few years. I then stopped the music school at 15 years old. I started playing acoustic guitar around the age of 21 when I had

always told my father that I would never play. I created a band in 2006 with which we played until 2014. With this band, SAI, acoustic duet with notes of soul, reggae and world music, we realized more than 400 concerts across France, the Switzerland and even a tour in New Caledonia. This has been my biggest professional experience. At the end of 2009, I also created my own recording studio where I spent many years developing my musical universe.

During all these years, I really learned the job of musician. I worked on my guitar playing, my voice, the management, the booking, the realization of tours and on top of that, I developed my experience of the stage in pianos bar, solo concerts, and this in United Kingdom, in France, and elsewhere …

I stopped everything in October 2014, which was not easy. I totally changed my lifestyle, I really needed a break. I devoted myself to recording my own reggae album that I had set aside for several years before embarking on my big trip around the world.

I came back to work mixing, mastering and editing my album in April 2015. Still traveling, it is in 2016 that the album was finalized and that I could consider an exit for June 2017, finally decided to share my own musical project.

Aziz, a producer, was the first to really believe in this project. He will then produce a part of this album. I produced the rest at my expense with the support of my family. I wrote and composed all the tracks of this album. I wanted to share my idea of ​​reggae. A reggae a little atypical, influenced by many different and authentic genres.

It remains for me to invite you to discover this album, entitled “The Sound of my Soul”.